"You're Too Difficult to Treat"

Five years ago we moved to a new state. I was in an area where I did not know any doctors or anything about their mental health system, which meant I bounced from psychiatrist to psychiatrist and psychologist to psychologist until I found one of each that worked well with me.

I had been referred to a "great" psychiatrist by my primary care doctor and was quite optimistic about finding someone who could figure out medication for me. I sat down in this man's office, told him my background, to which he said "You're too difficult for me to treat. I don't deal with people who have such severe bipolar disorder."

Well, that was disappointing. 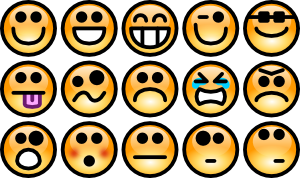 I have what is called rapid cycling bipolar II. Yes, there are quite a few variations of bipolar disorder and one of the reasons I went undiagnosed for so long is because my type is not the typical (if there is a typical bipolar) DSM-IV definition of bipolar I which (simplified) is fluctuating manic and depressed states, each of those states lasting for at least seven days. Then there is bipolar II which also has episodes of fluctuating mood, but the up moods don't reach full mania. In both of these forms, you could be in a depressed or manic state for months at a time.

Rapid cycling means you go from mania to depression at least four times a year, but it can be as frequent as a few times a week, or even a few times a day. I cycle at least a few times a day on average. Apparently this type of bipolar is more severe (I think all forms of bipolar are severe though), which is why the new doctor would not treat me. He did send me to a bipolar specialist, who was a good psychiatrist and was the one to finally make the additional diagnosis of ADD, which explained a lot.

For a far better explanation of rapid cycling than I can give, read this article called "Rapid-Cycling: Hard to define, even harder to treat," by John McManamy.

I get a bit tired of not being a "normal" case of anything. For instance, I also am extremely sensitive to medication so even a small dosage will give me an extreme result.

I am eternally frustrated with the fact that there is little information for atypical cases of mental illness, yet with all the people I have met with mental illness, many of us don't fit the definitions found in the DSM-IV manual exactly.

My point is, often we have to be our own advocates. Even if it seems like your illness is too severe or too complicated, keep looking for a doctor that will treat you well, as the individual you are. I wish more people would share their stories of bipolar and other forms of mental illness so that we had more information on some of the atypical cases.

It is also sad that our doctors are in a bind because while they may see these atypical cases and know of alternative treatments, because there is no real funding for research for the outliers, they often don't suggest atypical treatment because it has not been scientifically tested enough. Atypical treatment means anything from medicines intended for a different illness that also seem to help people with bipolar, or food allergies, exercise, and diet changes that help ease some of they symptoms.

Just never give up and keep looking for more information. Keep detailed records of your moods each day, or each hour if need be. Document exercise, sleep, diet, vitamins. Document how your body and mind feel instead of believing when a doctor tells you "that would never happen." Have faith that you know yourself, and find a doctor who has faith in you as well.