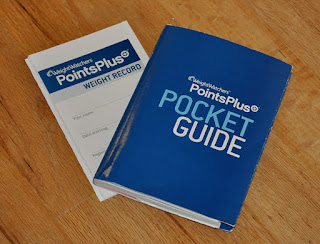 The other day I went to get weighed at Weight Watchers. I have had a great week- exercised every day and not over eaten at all, even on Thanksgiving- so I was very excited to see how much weight I had lost this week. Instead I gained 1.6 pounds. Instantly, I was a wreck. I was mad, sad, and felt like life was not worth living because no matter what I try to do to get better, I never will. I came home and told Jeff and then said "You're taking me shopping today because I should get something good out of all the work I did this week."

Jeff instantly recognized the trigger and knew I was spiraling into a manic episode. I did not recognize it at all. The trigger he noticed was my comment: "You're taking me shopping today because I should get something good out of all the work I did this week."

As Julie Fast and John Preston mention in their book, Loving Someone with Bipolar Disorder, poor self awareness and poor self control show you are about to enter into a manic episode. One thing they say to watch for is: "Ignoring the signs that thoughts such a, 'I deserve to have a good time. I've been sick for so long!' mean that they are ill." Then there is also the excessive spending that comes along with mania as well which they mention later.

So, what do you do to lessen or stop a manic episode before it starts? Have a plan. Our plan is to make sure I eat correctly, exercise, take my medication, get enough sleep, have some down time, and take a walk with Jeff, which is exactly what we did yesterday. It did not make me better instantly and today is still not such a great day, but I am far better off than had I gone on a shopping and eating binge all day. By having a plan in place, we stopped a manic spending and eating spree combined with what probably would have ended in us fighting and me not taking my medication. Instead we ended up with a fun day together, a great long walk this morning talking, and some basic depression, which is far better than the other option.