Seeing Bipolar Disorder From The Inside

The change in my nutrition in the past three weeks has given me a totally different look at my bipolar disorder. The new lifestyle has made me better without medication, but at the same time it has not gotten rid of my illness. It is weird because now it's like I can see my illness in my own mind. I will try to explain this as best I can, but it is a bit hard to describe.

Whereas before my illness could just take over quickly, in a flash, now I am better able to see it coming. It's like the new diet has slowed down the mood changes enough for me to see them as they are happening. It is weird to be able to fight against the bipolar disorder as it is happening in my mind. I can hear the thought patterns - such as life being pointless and there being complete despair - but at the same time I know that it is not real. Before, I could not see that it wasn't real. 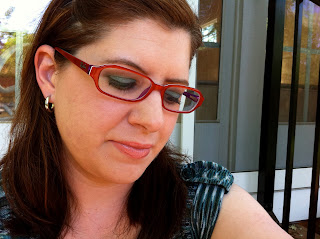 When medications worked (before the side effects got too bad), they just stopped the illness at times, and often I felt nothing or was in a daze. Now I still feel everything but I am better able to see the reality of the situation. I can differentiate what is bipolar disorder and what is not. It is interesting to think I can actually live with this illness in my life every day, yet still function well. It is like the diet change has taken the edge off my illness and I can actually use all the mindfulness techniques I have learned. The ability to see thoughts in your mind and just let them go. Be in the moment rather than get trapped in circular thinking, depression, or mania. I could never figure out how to use mindfulness before because the illness would take over so quickly. Now it's like the bipolar is slowed down a bit and I have the chance to be mindful and process what is going on.

I won't say that it's perfect. For instance yesterday was a hard day and I strayed a bit from the diet. I couldn't seem to get myself to control the bipolar yesterday, but it was not as big of a problem as usual. I ate some stuff I shouldn't have, sat around and watched TV, but there was no big blow up. No huge problems, and today I have eaten well again. The one difficult episode did not spiral out of control like it usually does. I do notice I am more depressed today and my anxiety is much worse but it is so much easier for me to see that this is not going to last. As long as I get back with my program, this will pass.

Clearly we will have to see how this goes over the long haul. You can never tell with this illness if you are actually getting better or you just have a reprieve in the symptoms for a bit. I still have a lot of work to do such as increasing mindfulness practice so it becomes easier to do. And I will have to figure out how to handle days, like yesterday, when I can not see the illness as clearly. I won't discount that things look promising right now, but I know there is still a long journey ahead.